Elise Mertens' run at Roland Garros ended in the fourth round - one round up from 2017 - with a defeat by the tournament's ultimate winner, world No.1 Simona Halep. The match was a reprise of their second-round encounter in Madrid three weeks before - their only previous match - which the Romanian took 6-0 6-3.  Elise was battling a viral infection at the time and subsequently withdrew from the Italian Open in Rome.

In Paris, world No.1 Simona Halep became the first player from the top half of the draw to punch her ticket into the quarterfinals of Roland Garros with an emphatic 6-2, 6-1 victory over Elise.

The Romanian was on song for the duration of 59 minutes of play on Court Philippe Chatrier, breaking Mertens six times, hitting 16 winners and landing 75% of her first serves for the match to reach the quarterfinals for the third time in the past five years.

A lengthy, six-deuce third game of the opening set on Mertens' serve helped Halep secure the first break of the match, and a lead she would never relinquish over the course of two sets.

"I think it was a great match, and the way I played gives me confidence that I did everything well until now. It's never easy to play against her. I played her in Madrid and I felt that she's very aggressive. She wants to play fast, so I think today I did the same thing," Halep said.

"I was a little bit stronger in the important moments. Those four games at the beginning were really important, and after that I relaxed myself and I could play a little bit better."

The World No.1 ran off eight straight games in the middle of the match, and never faced break point until she served for the bagel in the second set.

"It was not that easy, like the score shows. All the games were tough. She's a tough opponent. I had to pay attention of every ball we played," Halep added.

"I still have challenges on the court, because even if you win with the score easy, if you lead many games ahead, it's not that you already won the match, so you have to stay focused for every ball, for every point. At this level no one gives up at the beginning. So you have to stay there for everything and to give everything every moment."

Though the Belgian delivered one of her best games of the match to get on the board and seal her first break, she was unable to shake the inconsistency which plagued her for the match and extend the match it longer.

Mertens struck 22 unforced errors to just 13 winners in the match overall, and handed Halep the victory with her fourth double fault. 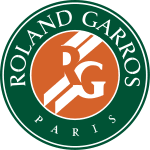