Elise broke into the top 100 for the first time in early 2017, when she won her 1st WTA singles title in Hobart. She continued to climb steadily since, reaching a career high of #12 in singles by the end of the 2018 season. In 2019 Elise claimed her first Grand Slam title, winning doubles at the US Open with team mate Aryna Sabalenka. 2020 marks the year where Elise had more match wins than any other player on the tour, and reached the quarterfinals or better at six of her eight tournaments played once the tour ended its COVID-19 lockdown. In 2021 Elise earned the WTA World No.1 doubles ranking for the first time in her career, after capturing two doubles titles that season, including the Australian Open with Aryna Sabalenka. With new doubles partner S. Hsieh, Elise won her third Grand Slam doubles title at Wimbledon 2021. Elise has won six WTA singles titles, thirteen WTA doubles titles (of which three Grand Slams), as well as 24 ITF titles to date. 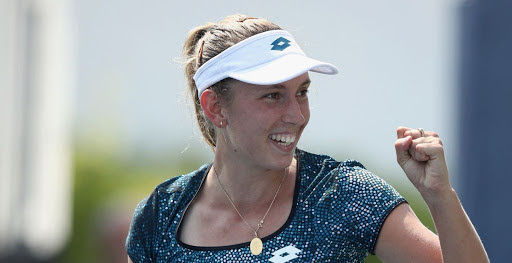