Elise Mertens has surely claimed her spot at the top of the WTA ranks. After capturing her first WTA singles and doubles titles in 2017, the Belgian jumped from World No.120 at the end of 2016 to No.35 by the end of the 2017 season. 2018 was a pivotal year for Elise, successfully defending her title at Hobart and capturing two additional singles titles at Lugano and Rabat. She reached her first Grand Slam semifinal at the Australian Open in January to break into the Top 20 for the first time in her young career. Elise's rise through the ranks has been steady yet swift – exactly two years after making her WTA main draw debut, she cracked the top 15, finishing 2018 with a career high ranking of #12. 2018 also proved to be a great year for Elise in doubles: she played 6 finals, of which she won 4, and reached a career high doubles ranking of #11. Teaming up with Aryna Sabalenka in 2019 and winning the Sunshine Double and their first Grand Slam title at the US Open, Elise further climbed the doubles ranks to #2. 2019 was also the year where Elise wins her first-ever WTA Premier-level crown and the fifth singles title of her career overall. 2020 marks the year where Elise had more match wins than any other player on the tour, and reached the quarterfinals or better at six of her eight tournaments played once the tour ended its COVID-19 lockdown. The 2021 season started with a bang, winning the Gippsland Trophy in Melbourne and claiming the #2 spot on the doubles ranking list after winning the Australian Open doubles trophy. That same year Elise also reached the third round at the French Open and Wimbledon, as well as the fourth round at the US Open. Moreover, Elise won the doubles titles in Istanbul, enabling her to reach the #1 spot in the doubles ranking for the first time in her career. Together with her new partner Hsieh Su-wei Elise claimed her third grand slam title at Wimbledon and continued her great form in doubles by winning the title in Indian Wells for the second year in a row. Elise ended the year by reaching the doubles finals at the WTA Finals in Guadelajara. In 2022 Elise won her second title with Veronika Kudermetova - and her sixteenth doubles title overall- by claiming the doubles title at the high ranked WTA tournament in Dubai.

Away from the court, the Belgian enjoys learning languages and currently speaks three herself: English, Dutch/Flemish and French. She classifies herself as an animal lover and has lots of pets at home, including four dogs and a variety of birds. 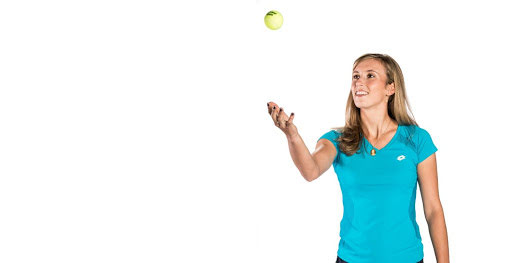