Simona Halep (WTA 1) put an end to a glorious run for Elise, who had had a few hectic days, having to take a plane to Madrid right after her title victory in Rabat to play Alison Van Uytvanck in the first round.

Elise won that game, her 13th victory in a row on gravel, but those achievements were starting to take its toll. Due to stomach complaints she had to forfait in doubles.

Elise started her game against Halep, Madrid's title defender, in high spirits. But it was soon clear this was going to be an uneven fight.

With close to perfect gravel tennis the score bord read 6-0 after the first set. In the second set Elise fought back a bit more. At 5-3 Halep got match point after match point, but Mertens had her warrior face on and fought off 4 of them. The 5th one finally proved to be the killer. 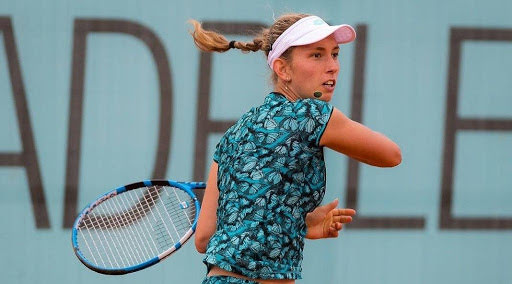