No.5 seed Elise Mertens of Belgium charged to her first title of the year with a 6-2, 6-0 dismantling of No.3 seed Alizé Cornet of France at the inaugural Jasmin Open on Sunday.

Mertens captured her seventh career title after the 80-minute match, reeling off the last 11 games of the affair. Mertens edges ahead 3-2 in her head-to-head against Cornet with the victory

The champion speaks: "It means a lot," Mertens said after her win. "I had a pretty tough year. When they said I was in my first semifinal this year, I was like, ‘OK, it’s October, it’s never too late to start the year, or end the year with a good one.’ So I’m very happy about it.

"It gives you confidence, and it gives you a little boost for all the work that you do. Never stop believing, I guess, and I have my seventh title." 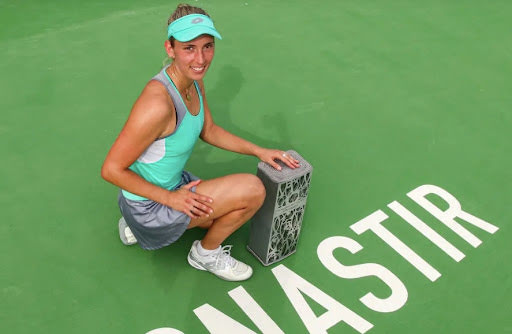