"It’s tough to say right now, because a lot of emotions," Kudermetova said in press. "But I think we’re so happy and so proud of our team."

It is the first WTA Finals title for both Kudermetova and Mertens. Mertens was runner-up to Krejcikova and Siniakova last year, when she qualified alongside Hsieh Su-wei. Kudermetova made her WTA Finals debut this year.

"I was close last year," Mertens said. "I think we played really consistent this tournament. And yeah, I can’t even believe we won. That super-tiebreak was 7-2? I can’t even remember points."

The victory marks Kudermetova's fifth career WTA doubles title, while Mertens is up to 16. After pairing up for the first time just last season, Kudermetova and Mertens have combined for three titles as a duo. 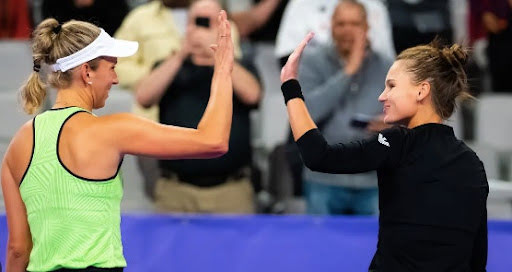