Doubles runner up in Cincinnati

After three great tournaments, Elise is ready for the US Open. She played a lot of games in the last few weeks, snagging up a semifinal spot in San José and reaching quarterfinals twice, in Montréal and Cincinnati. In Cincinnati she also reached the finals in doubles with partner Demi Schuurs.

Elise isn't facing lots of pressure going into the last Grand Slam of the year, although she would disagree. "It's true that I don't have any points to defend but I do want to prove myself in New York after the results of these past weeks." 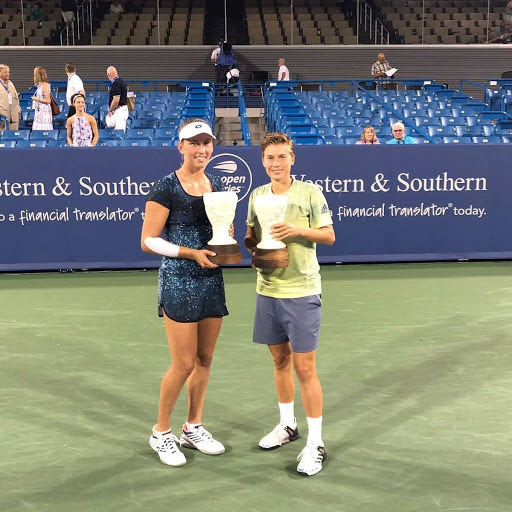