18 in a row: Mertens advances to Wimbledon third round

Belgian Elise Mertens, the No 24 seed, edged out Hungarian Panna Udvardy 3-6, 7-6 (5), 7-5 to move into the third round of Wimbledon at the All England Lawn Tennis and Croquet Club in London on Thursday.

This is now the 18th Grand Slam in a row that Mertens has reached the round of 32 at a Grand Slam – her streak that started way back at the 2018 Australian Open, where she reached the semi-finals.

Mertens, ranked No 31, will next play former Wimbledon champion Angelique Kerber, the No 15 seed. 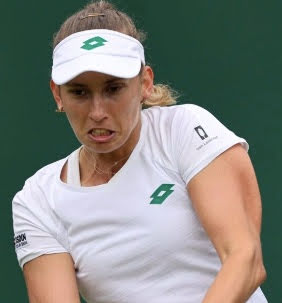